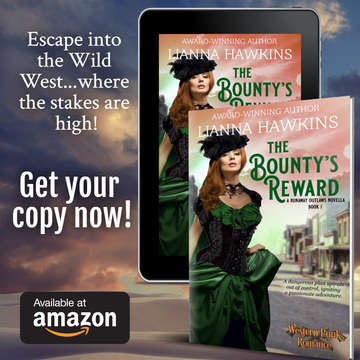 ​Ellie Beckett has spent more than a decade trying to move on from her outlaw past. When Henry Weston arrives at the sister’s business, Fallen Dove Saloon and Hotel, demanding part of their profits, Ellie schemes a plan to take him down before he does the same to them. But, when Liam Holt arrives wanting to rescue her, even though Ellie insists she doesn’t need rescuing, both Ellie and Liam collide head on with her past.
~~~~~~~~
Liam Holt arrives in Helena, Montana with a motive to not only track down an outlaw, but escape a life of privilege. At least long enough for him to figure out what he wants in life.
When Liam meets Ellie Beckett his plan spins out of control. With danger lurking, he wants nothing more than to protect her. For the first time in his life, he knows what he wants and that was to make the fiery red-head his. Though she refuses to make this an easy task, he’s determined to win her heart.

As the pages turn, sparks fly, igniting a fire between them not even they can stop. Will love win or will unforeseen circumstances keep them apart?