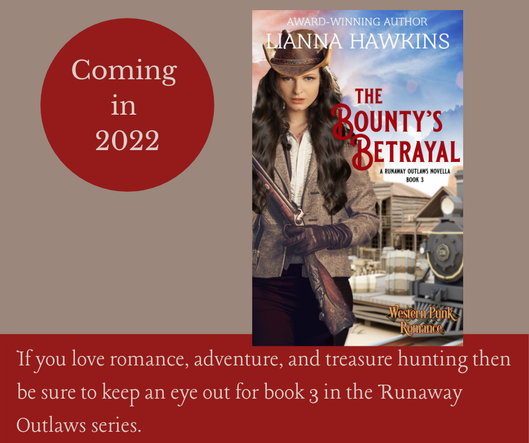 ​Duke Logan, a down-on-his-luck treasure hunter, was more determined than ever to find the elusive Captain’s Loot treasure. His father’s death spurred him on to find the missing clue necessary to solve the old outlaw legend. His adventure is only beginning when he shows up in the Montana Territory seeking the information he desperately needed. Instead, he finds a feisty dark-haired beauty who refuses to hand over the clue. Will Duke convince Sam to join him in the quest to find the lost treasure? Or will the treasure forever be lost?

Samantha (Sam) Beckett has successfully carved out a new life for herself, as a single woman. She swore off any man who wanted something from her. There was no chance of saying “I do” in her future. When Duke Logan shows up in town, wanting the very thing she yearned for, she digs in with more determination than ever. She refuses to lose out on the tantalizing dream of finding treasure she herself had searched for.

Their treasure hunt will thrill you as Duke and Sam dodge booby-traps, fight rival treasure hunters, and follow a worn treasure map leading them past betrayal, greed, and a centuries old legend more dangerous than they could have imagined.

Will Duke and Sam fall in love with more than a dream of holding the lost Captain’s gold? Or become yet another long line of cursed souls?