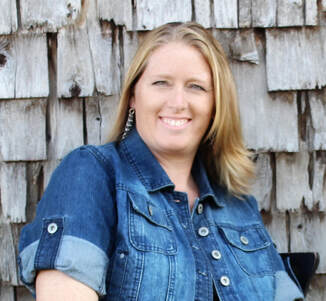 Lianna Hawkins is an Award-Winning Author who writes historical western romance. Her heroines break the social rules of women in the old west. They are clever and strong as they battle to guard their hearts from the irresistible hunks of the Wild West. She is an active member of Romance Writers of America (RWA) and her local chapter, Wisconsin Romance Writers of America (WisRWA). Lianna has also served as President of WisRWA from 2016-2018. And the 2019 winner in the Utah Great Beginnings Contest with The Bounty's Catch. In December of 2021, Lianna will be opening up a children's line of fantasy picture books under the pen name of Lisa Lynne.

Lianna was honored to have some of her work compared to Charles Portis’ True Grit, a true classic. She considers her writing an adventure and works hard to write stories she herself would love to read. Lianna strives to offer readers an opportunity to escape to another time. Lianna is a “homebody” and can often be found hiding at her desk, tapping away on her keyboard. She has always found it emotionally gratifying to follow her characters as the stories unfold onto the blank page.
​
When not writing, Lianna loves spending time with family and friends. She lives at the southern edge of Door County, Wisconsin, with her husband, two teenage children, her dog, and two cats.
​